ENG 237 - Things Fall Apart (Reacting to the Past)

A guide to resources about the book, its themes, and its author, Chinua Achebe. 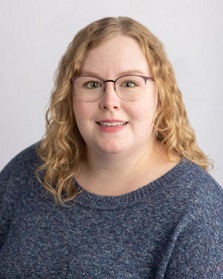 Encyclopedias and other reference works are a good place to begin your research. Why? Because they help put your research into context. Unless you understand the who, what, where and when of a topic, it's not so easy to see the reason -- the why -- an event occurred or an idea came into being.

Here are some reference works that may help you understand the context of Things Fall Apart:

General Databases:  A good place to begin searching for articles is within one of our databases. These contain hundreds of academic journals and thousands of articles to which we have access. Below are a few databases that are particularly useful for historical research.

Academic Search Premier -  Use this database to find articles related to virtually any topic or subject.

JSTOR - Database of full text scholarly journals from the first issue to 3-5 years ago.

Electronic Journals:  Along with the many databases you can search, here are a few specific journals that may be useful:

The Bible and The Gun

The first part of this episode from the television series, Africa: A Voyage of Discovery, examines the missionary zeal of Europeans in Africa following the end of the slave trade.

You might also watch Doing Good: Empire -- A British Chronicle, which explores the desire to improve the welfare of the people of Africa and its consequences.

Books on This Topic

The following books are in the library's collections. Refer to the catalog record to find the call number (if in print) or the URL (if electronic).

Use the library catalog to find books -- both print and electronic formats -- on the Igbo people specifically and Nigeria in general.

One way to search the catalog and to find all materials on a topic is to search by Library of Congress Subject Headings. Try these suggested subjects that might help:

All books can be found on the lower floor of the library, no matter if they are in the General Collection (i.e., they can be checked out) or in Reference (i.e., they need to be used in the library). You also may want to browse by call number within the stacks to find books on related topics. Here are some of the call numbers where you might related works:

Glossary as provided in the book:

agbala: woman; also used of a man who has taken no title

egwugwu: a masquerader who impersonates one of the ancestral spirits of the village

ekwe: a musical instrument; a type of drum made from wood

eneke-nti-oba: a kind of bird

eze-agadi-nwayi: the teeth of an old woman

isa-ifi: a ceremony. If a wife had been separated from her husband for some time and were then to be re-united with him, this ceremony would be held to ascertain that she had not been unfaithful to him during the time of their separation

iyi-uwa: a special kind of stone which forms the link between an ogbanje and the spirit world. Only if theiyi-uwa were discovered and destroyed would the child not die.

jigida: a string of waist beads

kwenu: a shout of approval and greeting

nso-ani: a religious offence of a kind abhorred by everyone, literally earth’s taboo

obi: the large living quarters of the head of the family

obodo dike: the land of the brave

ogbanje: a changeling; a child who repeatedly dies and returns to its mother to be reborn. It is almost impossible to bring up an ogbanje child without it dying, unless its iyi-uwa is first found and destroyed.

ogene: a musical instrument; a kind of gong

oji odu achu-ijiji-o: (cow i.e., the one that uses that uses its tail to drive flies away.)

osu: outcast. Having been dedicated to a god, the osu was taboo and was not allowed to mix with the freeborn in any way.

Oye: the name of one of the four market days

ozo: the name of one of the titles or ranks

tufia: a curse or oath

udu:  a musical instrument; a type of drum made from pottery

uli: a dye used by women for drawing patterns on the skin

umuada: a family gathering of daughters, for which the female kinsfolk return to their village of origin

umunna: a wide group of kinsman (the masculine form of the word umanda)

uri: part of the betrothal ceremony when the dowry is paid